Archaeological Park of Himera (about 57 km from the B&B):

The monumental complex of the archaeological park of the ancient city of Himera is located on top of a hill above the village of Buonfornello.
Imera is famous for the epic battle of 480 a.C. where Greeks and Carthaginians faced each with the victory of the Greeks.
In the archaeological site you can visit the ruins of the ancient walls, the area of the three Temples (temples A-B-C) and other buildings of the ancient city.
In the flat area of the archaeological site are the ruins of the Temple of Victory, dating from the fifth century a.C., built by the Syracusans in memory of the epic victory in the war against the Carthaginians.
Nearby the complex you can also visit some necropolis. 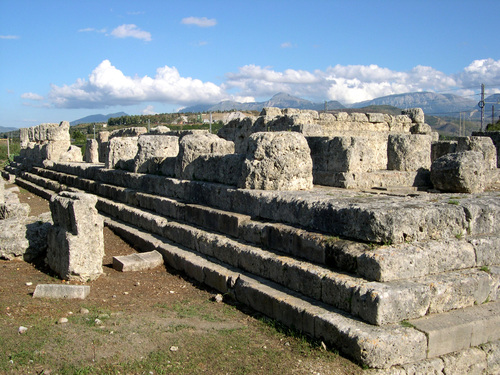