Highly recommended an excursion to visit the magnificent medieval town of Erice.
The town rises on top of Mount San Giuliano from which you can admire a wonderful landscape that stretches over the entire beautiful Mediterranean coast.
The town has preserved intact the antique medieval center, surrounded by ancient walls, with its characteristic stone houses clustered around the lovely courtyards, with the stone paths that meander throughout the country and the small squares on which overlook many churches.
Strolling around the village and venturing through the streets you can enjoy a magical atmosphere characterized by a sense of pleasant tranquility.
To visit: the Venus Castle, a fortress built over the area in which there was the ancient Temple or Sanctuary of Venus Ericina.
Inside the castle you can admire the remains of the Sacred Well, the Temple of Venus Ericina, the ancient houses of the Punic period and a thermal establishment from the Roman period.
In front of the castle, there is the beautiful Garden of Balio, characterized by the delightful paths surrounded by plants and flowers of all kinds, where you can stay and admire a spectacular landscape.
The Castle of Pepoli that stands dominant on the Garden Balio.
The Church of St. John the Baptist that keeps inside works of Gagini like the statue dedicated to St. John the Baptist or the statue of St. John the Evangelist and the splendid frescos.
The beautiful Mother Church or Chiesa Madre, with its massive tower, dedicated to the Virgin consisting of a severe facade with a splendid portal finely decorated, keeps inside the marble works of the XV century, including a Madonna with Child and a magnificent ancona.
The Church of St. Peter, built in the XIV century, characterized by a magnificent Baroque portal built in the XVIII century.
The Church of San Martino, built in the Norman period but with a portal in Baroque style of the seventeenth century.
Next to the church you can visit the Oratory of Purgatory, built in the rococò style, which houses a magnificent altar decorated with gilded stucco.
The Church of San Giuliano, characterized by a charming facade of rosy color.
On the main street of the village there are several noble palaces in baroque style, bars, souvenir and local art shops, typical restaurants where you can enjoy a cuisine, especially renowned for the cous cous, wine bars to taste a variety of delicious wines and the famous pastry of Erice like the famous Antica Pasticceria del Convento, where you can enjoy a variety of sweets with cheese like the Sicilian cassata, cannoli and the genovesi, or traditional almond pastries filled with jam of cedar. 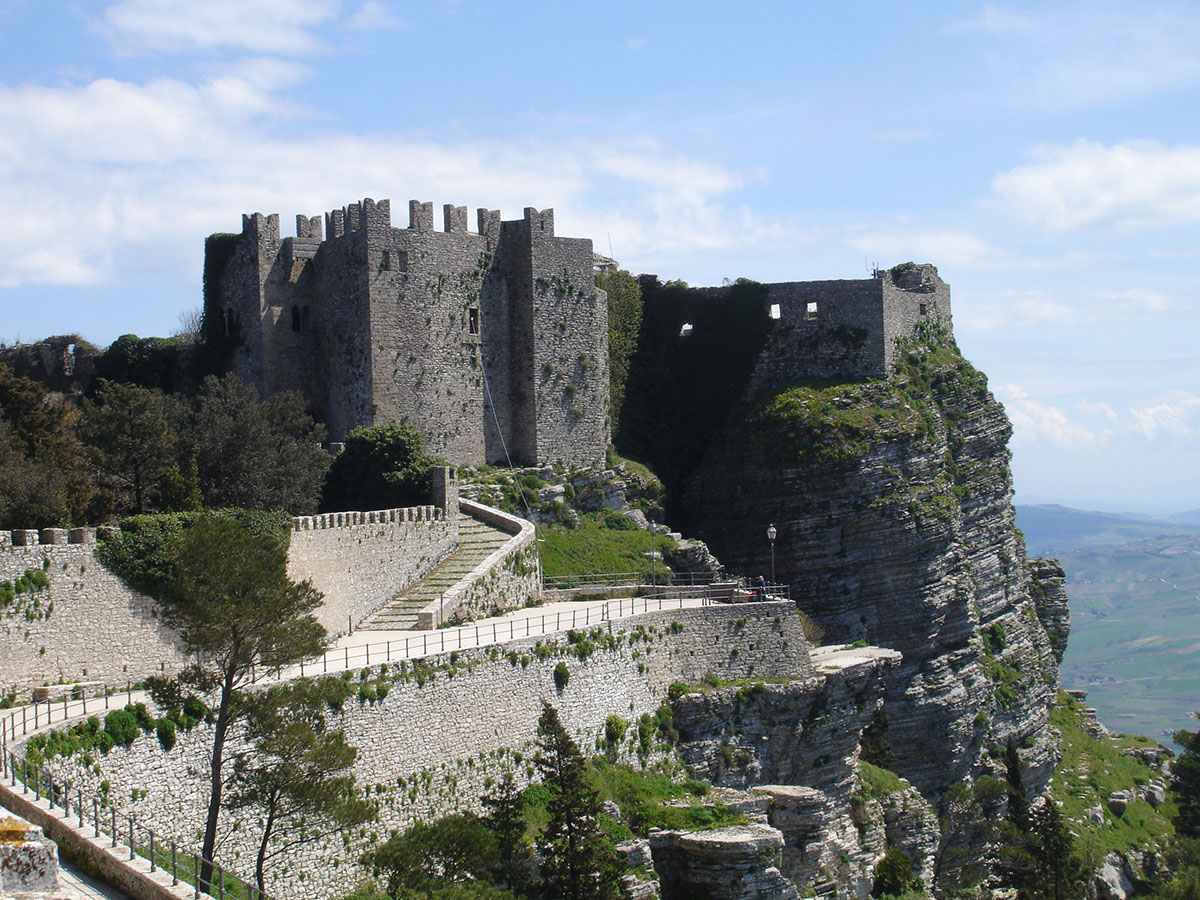 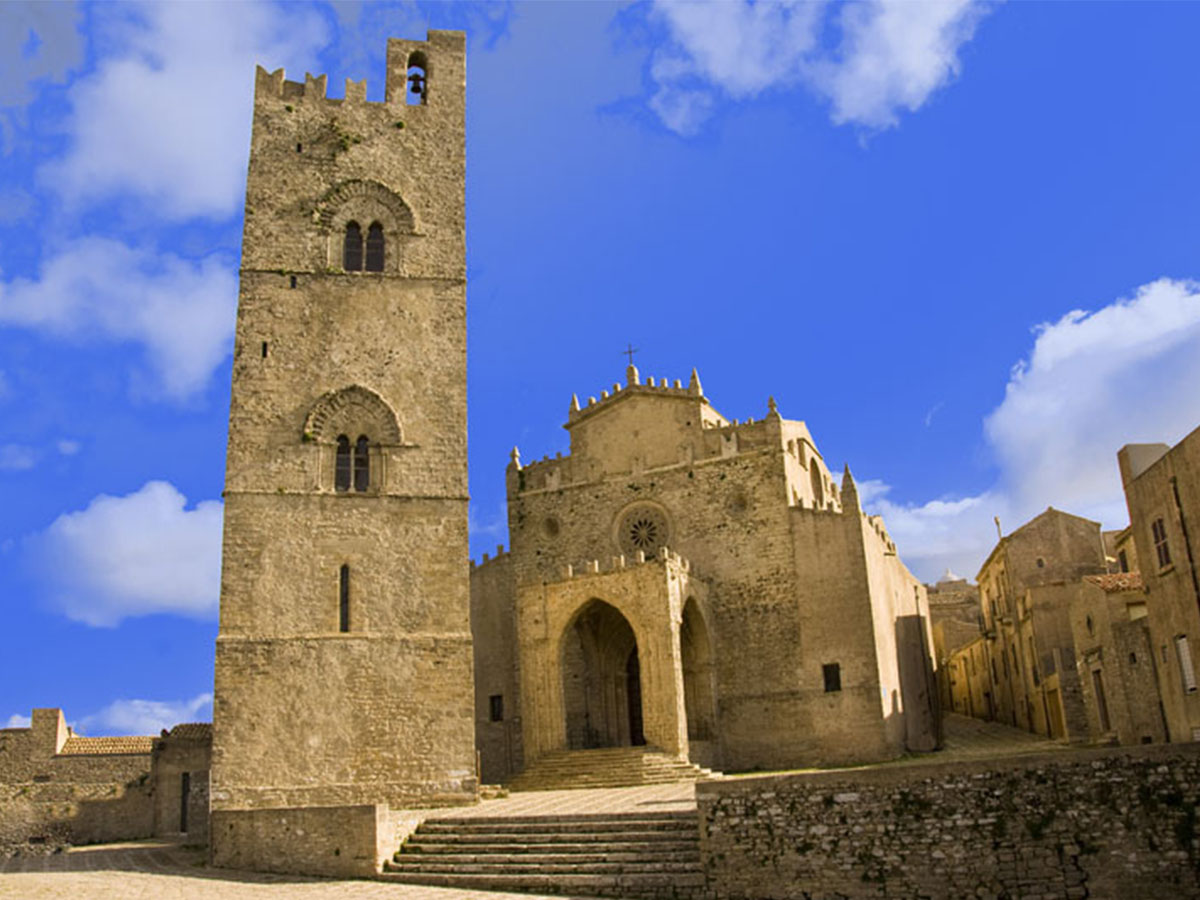 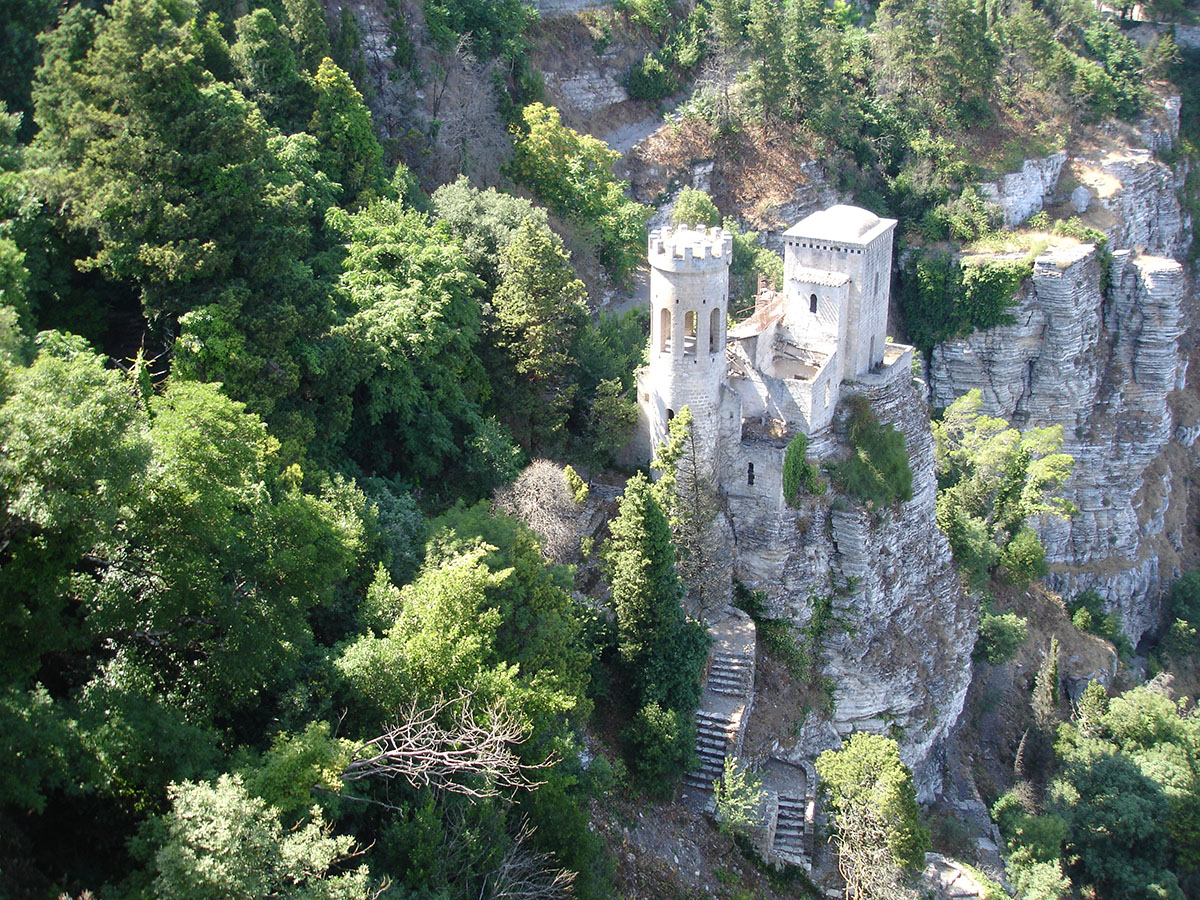 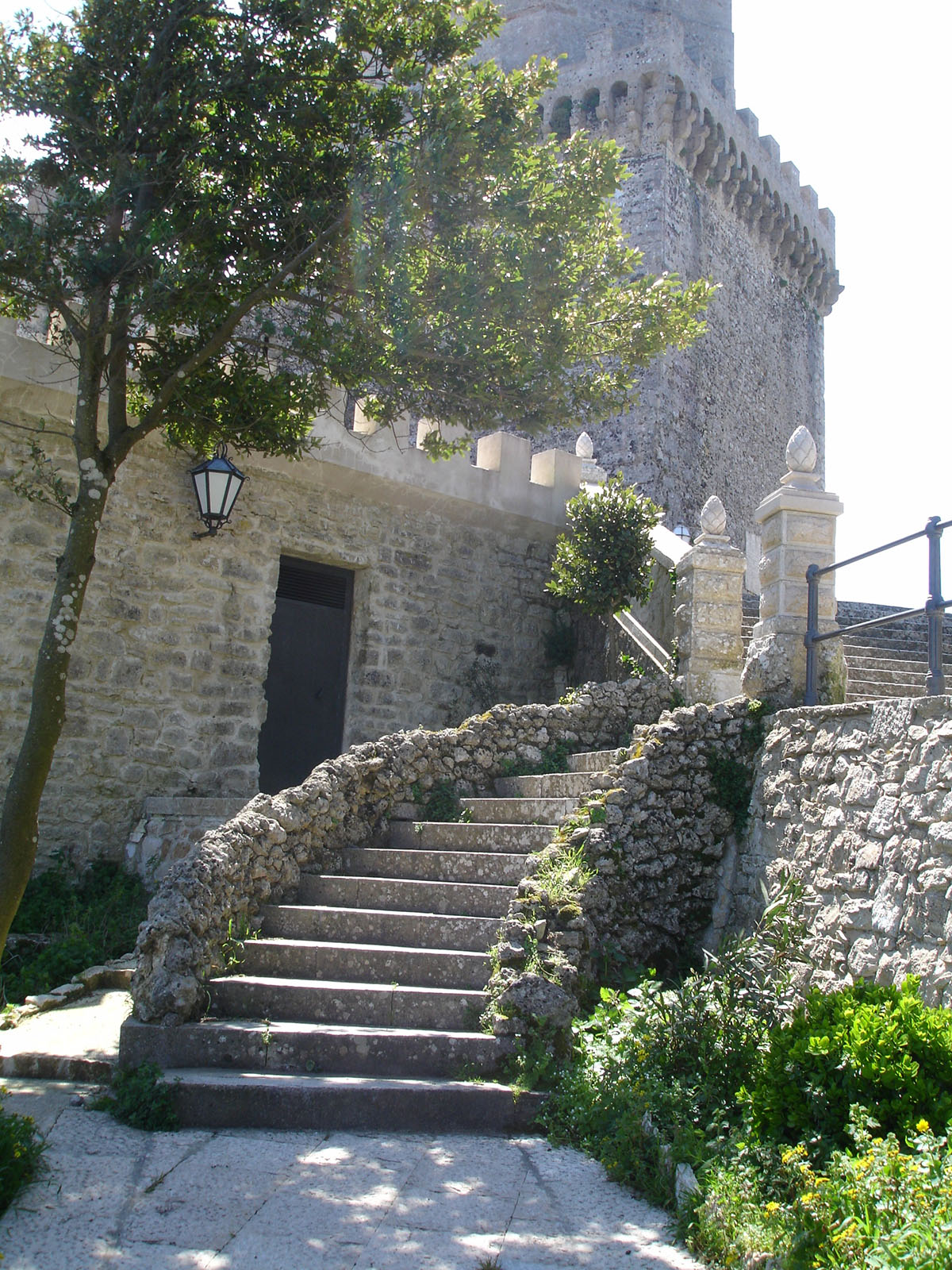